You are here: Home About Why I Run

Being diagnosed with cancer is a life changing experience in so many ways.

It made spending time with my then 19 year old son a priority to me so I took him to Disneyland on his birthday. Little did I know it was the day of the Disney Half Marathon! When I saw those medals around the necks of so many people, I thought to myself “How can I get one of those awesome medals?” I asked and was told I would have to participate in the Disney Half Marathon. I had never run before and didn’t even quite know the distance of a half marathon but I was determined to do this.

That is when I found out about the Lazarex Cancer Foundation and their “Team for Life” and that I could be a part of it. I hadn’t heard of Lazarex Cancer Foundation before and having had a lot of experience in fundraising and donating to many causes & charities, I wanted to know who they were and what they were all about before I joined this team.

I did my research and was amazed at what I found out. Seeing what they were all about, seeing how much money went directly to the patients and how much went to operations, I knew I wanted to be a part of this. I felt really good about Lazarex Cancer Foundation and knew my family and friends I would ask to help me would feel good too!

Another factor that played into this was that I had just lost my 55 year old aunt to cancer just days before I joined this team. I had the privilege of being with her in her last days and hours of her life. I vividly remember when she was sent home being told she had no other options. I got to see first hand a person who was not ready to die go through her final stage with no hope. I remember her saying “if I could just have 3 more years, just a little more time” because the son she left behind was 15. She was one of those who were told she had no other options.

I thought I would just run this event, cross the finish line and it would be over. I have since run many other half marathons and I am training for my Seventh (7th) full marathon!

If I can help someone have just another day, give them some hope, I want to do it and that is what motivates me to be a part of Lazarex Cancer Foundation.

We went from having no hope to having hope that shines so brightly. Lazarex Cancer Foundation came into our lives and quickly opened the door to my mom's recovery.

I am just a "normal" guy who turned 35 this year. I work a "normal" job and sit in a cube. I was not a top athlete in high school or college. I cannot run a 5 minute mile or have ridden in the Tour de France. My journey started back in 2006 with my first 1/2 marathon in support of a friend and her journey with cancer. I ran my first marathon in January of 2007 in support of that same friend; it took me over 5 hours. Since then I have done other marathons in support of friends and family members who have fought or are fighting cancer. Something about endurance events and the fight against cancer just seems to go hand in hand. With 8 marathons completed, this year we switch the focus to triathlons. This will be my first attempt to complete a full Iron distance triathlon. As long as we are still fighting this deadly disease I will continue to put in the miles and do my part to make a difference.

I wanted to let you all know that we thankfully received continued good news of no new tumors and stable disease from Brittany's July scans and results appointment with Dr. Sawyer in Edmonton. We continue to be profoundly grateful to all of you for all that you and Lazarex have done and continue to do to make Brittany's continued participation in this promising clinical trial possible, and for the strengthened hope that it has given us. Thank you again for all of your continued special caring, support, and friendship.

From my first contact with Lazarex I was amazed at their sensitivity and responsiveness. With Lazarex’s assistance, I was able to relocate and participate in the trial. I can’t stress enough how important Lazarex has been to me. I have since moved back home and returned to work, however, I continue to travel back to UCSF on a monthly basis for testing as well as to pick up the medication as it cannot be purchased over the counter. Lazarex has been with me every step of the way assisting me. On May 21, 2010, I received another life altering email from my oncologist at UCSF informing me that results of my most recent bone marrow biopsy test indicate that the medication I've been taking as a part of the clinical trial has been tremendously successful and there is a 100% cytogenic response!

I got to meet Jessica & hear her story in person. It was a great time & made me realize the importance of supporting such a great organization like Lazarex Cancer Foundation. Oh...not to mention I met so many wonderful great people! Made a lot of new friends!! It was such a pleasure being part of the "Team For Life"! I hope to do future events with them! Jenny & Susan, Thanks for all you do!!!

I feel I have been blessed as I am receiving all the love from everyone in the now and not in the later. I am living a full, content, and blissful life. Lazarex has given me the opportunity to continue living it. I am eternally grateful for the help Lazarex has given me and my family.

Dad feels strong. "He saw his granddaughter Ella-Ruby turn two, and his grandson learn to ride a tricycle. Ella Ruby was barely 7 months when he was diagnosed. Now she talks about him constantly and recognizes his truck on sight." Angie added that, "None of this would be possible without the care and support you (Lazarex) offer and have given. Thank you so much.

I’ve run before. I’ve run for different reasons. But I’ve never run with such conviction. Running to improve your health is obviously a good thing as is running to reach a personal goal. But running to raise money in the name of a lost loved one so that others can continue their fight is an entirely different experience. And now, for me, running for anything else will pale in comparison… My dad’s very quick but very brave battle with cancer lasted only four months and like so many others fighting this terrible disease he simply was not ready to go (nor were we ready to say goodbye). There is quite honestly nothing we wouldn’t have done to have just one more day together and that is why I ran for Lazarex. To me, fighting for that day is what they are all about.

Before receiving treatment, my initial problem was figuring out how to relocate to California to be near Dr. Chawla's Sarcoma Oncology Center. As I am on a fixed income, it was financially impossible for me to afford this costly, temporary move The next problem was how a man on a fixed income could live in one of the most expensive cities in the United States. After my brother-in-law spoke with Dana Dornsife, the Foundation's president, and told her about my health and financial condition, she called me the next day with the news that Lazarex would cover all my living expenses, allowing me to receive the lifesaving treatment. I was completely and utterly shocked that something positive was happening in my life. I was speechless. Lazarex provided the miracle that I so desperately needed at this point in my life.

I was told by my doctor on July 25, 2008 that my cancer (pancreas) had recurred and I would have 6 to 7 months to live. The only treatment that he could offer was more chemotherapy. This was proven not to work for me and he suggested that I contact the large hospitals to see if they could help. As I look back on this experience I can't express how it feels to learn that your life is over. It feels as if that was a lifetime ago. I spent day and night looking for treatments and found the Rexin-G clinical trial on the website Clinical Trials.Gov. I gave the info to my doctor and he said I must go immediately, not to wait. I'm so deeply grateful to you and Lazarex Cancer Foundation for your generous assistance with my housing needs. I would not have been able to come here for cancer treatment if it were not for your help. 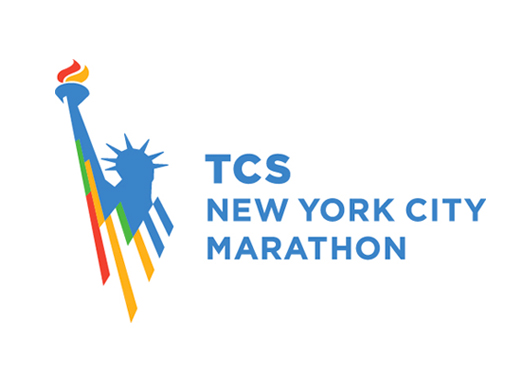 If you know of an event that you think Lazarex should get involved with send us an email at [email protected], or call us at 925-309-8661.

Create Your Own Event for a Good Cause

How to Find Support while training to run for a cause

Things Not to Do Days before Your Marathons

Don’t Let The Weather Stop You! Train for Marathons on your Treadmills

Is It Great To Donate A Car?

Can We Donate A Car?

How to Avoid Injuries When Preparing for Triathlons

Run for Life: Why Run for a Cause like Cancer

Do’s and Don’ts The Week before the Marathons

How a Support Team Would Help You Prepare for Marathons

Do You Have To Train for Marathons Alone?

Half Marathons Are Fun Too!